Recently a large online retailer unleashed their plans to create a fleet of automated delivery drones for package delivery. Here at Work Truck Direct, we decided to have a little fun with this and cheer up this extremely busy Peak Season. Enjoy the comic strip and Happy Holidays! *This comic is intended purely for entertainment purposes only. All of the printed materials are solely intended for purposes of satire, parody and humor. None of the views expressed on this page should be confused with the actual views of Work Truck Direct. We do not condone the destruction of any property.

The escalating price of new work trucks has many buyers considering the used truck market. For about 40 – 65% of the price of a new work truck a customer can buy a used truck that has more than 75% of the useful life still available, if properly maintained. The main problem is how do you locate and verify a work truck in good condition, when the vehicles are typically bought as-is & sight unseen. Below are a list of helpful suggestions to help complete due diligence when purchasing a used work truck.

The old saying goes, “an ounce of prevention is worth of a pound of cure”, this holds exceptionally true in purchasing a used vehicle. Spending a small amount of time and money into a future investment is a great way of protecting yourself from a substandard used vehicle. Following just a few of these items above and you’re one-step closer to buying a good used work truck.

Recently we spoke with a FedEx contractor that has created an interesting safety product. Born out of necessity, Gus created the backup counter as logical way to help his drivers potentially reduce accidents. Here is his story:

I have been a FedEx contractor for about four years. Two years ago my drivers had three backing accidents in a very short time. Backing accidents account for 90% of all commercial accidents. Backing is the number one cause of death in children involved in a vehicle accident. This troubled me greatly because I was having safety meetings and ride-a-longs, but it was obvious that I still had a problem. What I suspected was that my drivers would agree with the safety meetings and put on good behavior during the ride-a-longs, but when I was out of sight, they did whatever they wanted. I realized that the only way to change this was to modify driver behavior. Although we had other safety devices like backup cameras, these do not modify driver behavior. I determined that I needed a way to monitor my drivers when I was not with them.

I targeted backing because I felt that if I could reduce the number of times my drivers backed up each day, it would greatly reduce backing accidents. I came up with the idea to install a device that would count the number of times a driver backed up his truck each day. I asked a local electronics expert and he told me that what I wanted couldn’t be done. I just couldn’t believe this so I asked my brother, who isn’t an electronics expert but is an extremely smart guy, to help me. I told him the problem, which was that I wanted to count how many times the transmission went in reverse but did not want to count how many times the transmission went into reverse as it passed from park to drive. My brother, Jerry Bowman, said that he could do it. It took a couple weeks for him to come up with a design and after a couple trips to Radio Shack he came up with a working prototype. We called it Backup Counter, tested it on my trucks, made some small changes and decided to make it available to others in the transportation industry. We made it easy to install with only three wires.-one to positive, one to ground, and one to the reverse light. It is small and will fit on virtually any vehicle.

Here is what I have discovered. First, I put the Backup Counter on my trucks without telling my drivers. The data told me that they were backing up 60-100% percent of all stops. This number is atrocious! Next, when I told the drivers that I had installed the device and I would be monitoring their backups, their backing went from 60-100% down to 35%. This is a great improvement. That means if a driver makes 100 stops a day this improvement would reduce the amount of backups by at least 6,500 times a year. Next, I told my drivers that they needed to reduce their backups to 20%. Every one of my drivers are now backing up less 20% or less of their stops. That is at last 11,500 fewer backups a year. This is a staggering number when you consider that 90% of all commercial accidents involve backing. Simply put, less backing means fewer accidents.

Since installing Backup Counters on all of my trucks over a year ago, we have had no backing accidents. I also think that this is making my drivers more aware of other safe driving practices. Feedback from others who have purchased the Backup Counter are the same as for me. The drivers are reducing their backups. I am convinced that this device is helping eliminate accidents.

We wanted to price the Backup Counter low so many could take advantage of this great safety device. It is priced at only $129.00 and available on our website at www.backupcounter.com

First Star Capital was able to finance 2 Brand New Isuzu Reach Vans for a Home Delivery Contractor out of the Carol Stream Terminal. Here is his story:

Rivera’s.com Courier Service operated 6 vehicles on their Home Delivery routes, but Luis needed a couple more to add to his growing business. Luis realized that the Reach Work Truck would fit his routes perfectly, and First Star Capital was able to quickly source and finance 2 Brand New Reach Vans for Luis. Here is what he had to say:

” I just wanted to thank you and your team for making this transaction for my company’s two new Isuzu Reach’s a pain free experience. Everything about the process was extremely straightforward and really fast considering the large purchase. In my past experience, dealing with financial institutions is not a comfortable experience when you start talking about the FedEx business model…but you and your company’s knowledge about our business…gives your company a leg up. Hopefully business continues to grow and you will hear from me about a new truck soon.” – Luis Rivera

First Star Capital is a resource for all FedEx Contractors. Whether you’re FedEx Ground P&D, FedEx Home Delivery, FedEx Ground Linehaul, or FedEx Custom Critical, we have competitive and customizable programs for your growing FedEx business.

For the most part delivery contractors have always preferred diesel vehicles over gas. Reasons such as, decent fuel mileage, “bullet-proof” engines, and cheaper to operate than gas vehicles, have been true for decades. But with a new crop of gasoline fueled work trucks, the traditional diesel platform is getting a run for its money.
In today’s work truck market we see much more variety than we have ever seen before. In a world that used to be dominated by diesel Freightliners and Workhorses, we now see manufacturers such as Chevrolet, Ford, Isuzu, and Nissan offering both gas and diesel options.

Are these gas work trucks just full of hot exhaust or are there reasons why they have become popular as of late? Let’s look at some pro’s and con’s of both gas and diesel vehicles.

Whether it is gas or diesel, both engine options their up’s and down’s. It is up to you to figure out which works best for you and your business. Work Truck Direct makes available all the most popular Gas Work Trucks and Diesel Work Trucks, pick your poison.
Work Truck Direct is the vehicle sourcing division of First Star Capital. Whether it is a fleet of vehicles or single vehicle, Work Truck Direct can source it. We help commercial drivers and delivery contractors find the vehicles they need to operate their business and provide the industry’s best funding solutions to acquire the newest addition to your fleet.

Find Your Next Work Truck Here →

Keeping your borrowing information organized and at the ready is a key to receiving quick decisions from any lender.

For most leases under $75K, one-page credit application and a few months bank statements. However if you are looking for a higher dollar amount or a special circumstance arises, more information is often needed. To save time, frustration, and possible declines take a few steps each year to keep updated information at the ready.

At First Star Capital we look at applications at many different levels of preparedness. Having seen our fair share of applications, our initial screeners have a good idea of how far an application package will go based on how well prepared the application is.

The following is a list that Sam Thacker from Allbusiness.com has put together, with a synopsis from our own experiences at First Star Capital:

85% of all U.S. based companies are currently or have leased some sort of equipment to operate their daily business. Is your small business prepared when it needs to submit an application for a lease? Here is part one of two of a “Borrowing Checklist.”

SEARCH FOR YOUR WORK TRUCK


Click above to go to our Secure Online Credit Application. 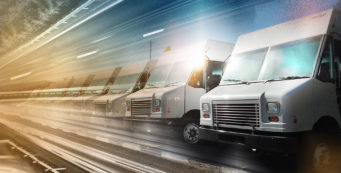 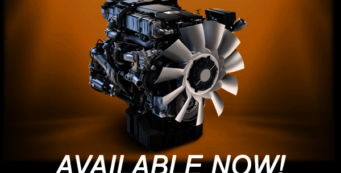 AP Equipment Financing provides direct funding and can arrange financing through other banks and other funding sources at highly competitive rates.

Licensed California Finance Lender #6052379
WordPress Video Lightbox Plugin
MENU
We use cookies to ensure that we give you the best experience on our website. ACCEPT & CLOSE